From our Man from Snowy River legacy to the opening of the 2000 Sydney Olympic Games the horse is synonymous with the outdoors Australian lifestyle and none more so, than the Heritage Brumby Horse.

The Australian Heritage Brumby is a unique equine and epitomizes the spirit of freedom, roaming through rugged bush land and the harsh outback areas of Australia where they are free to run wild and survive in extreme conditions. The largest numbers range freely throughout the Northern Territory, Queensland and northern Western Australia as these States contain the most undeveloped and least populated areas of Australia.

Contrary to the perceived belief that the Heritage Brumby is a diseased, inbred animal not worthy of preservation, they are, in fact, exactly the opposite. Free ranging horses in the wild look after themselves very well. DNA testing of horses from Guy Fawkes, NSW has shown less inbreeding, (less than 5%) than is found in the modern thoroughbred industry. Horses from the Northern Tablelands for example, are mostly Galloways, they have strong bone, sound conformation, their feet are excellent and they are highly intelligent, thinking animals with well developed perception, sight, scent and hearing.

The Heritage Brumby is the descendant of the first horses that came out on the ships from England with the convicts and first settlers; initially only seven horses arrived with the first fleet in 1788. These mares and stallions were sufficiently hardy to survive the voyage and further evolved in the 1800’s by natural selection and survival of the fittest to endure the intense heat as well as the cold and snowy conditions of various parts of this diverse country.

The name ‘Brumby’ is generally thought to have originated from an early settler, James Brumby. Horses owned by him were left to free range and readily adapted to the harsh climate of the Australian bush. As there were vast areas of unfenced land the horses roamed freely and breeding was intermixed; Thoroughbred, Arabian, and working horse breeds, Draft and Clydesdale could be said to shape the bloodlines of the hardy Heritage Brumby.

The horses were versatile types and later they were specifically used as war-horses for the First and Second World Wars and the Boer War in South Africa as well as for mounts used in the gold rush days and as police horses.

Their use as war-horses is testament to their good temperament, sure footedness and resilience. Horses from the Northern Tablelands of NSW were captured and bred for the remount trade and were known as Walers; the brumbies roaming free today can be traced back to those early bloodlines including the great Arabian stallion, Saladin. Read more about the light horse here www.lighthorse.org.au 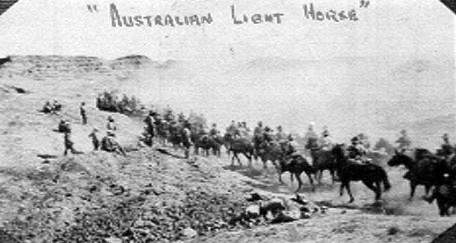 Wild herds all around Australia are under threat of ongoing slaughter.

As an example, in October 2000, over 600 horses in the Guy Fawkes River National Park were shot and killed from a helicopter massacre …..

Due to the world wide outcry that followed the NSW Government established a Steering Committee to investigate alternative methods of control. Management plans in NSW are now in place in some areas due largely to our commitment and dedication to protect the horses. Although passive trapping and removal of horses from alleged threatened parts of some national parks does receive priority, shooting and transportation of horses to abattoirs still continues.

Some horses are handed over to STB and other horse interest groups for management but with no funding or agistment land available this is a small percentage in the overall current control methods. In other areas such as Queensland and Northern Australia aerial slaughter of huge numbers of horses is a regular occurrence and there are no management strategies in place.

As the Government take over more and more land where traditionally horses have free ranged for many years the tough, strong Heritage Brumby is under constant threat of death. Accused of alleged environmental damage the horses are banned from their natural habitat and are being slaughtered in ever increasing numbers. Under Australian legislation the Heritage Brumby is classed as ‘feral’ and is treated as such. There is no provision for their protection, preservation and continuation of the genetics into the future. We are trying to change this and to change attitudes towards the Australian Heritage Brumby Horse.

The United Animals Nation has strongly requested all countries of the world to conserve its wild horse breeds as with continued inbreeding of our domestic horses we will soon be looking to our wild horse populations to put back the strength and endurance we are rapidly losing in domestic horses, this alone, is a valid and real reason for the Government to introduce sustainable, long term management programs.

A wild horse is what he is because of where he is; to take him away from his evolved environment is to take away the essence of what we need to protect.

Australia is rich in resources and land; there is no excuse for our Government to commit such atrocities as aerial slaughter on living creatures and to fail to set up long term management plans for our Heritage Horse, the Brumby for his survival into the future.
Sustainable, ongoing management of the Heritage Brumby is the responsibility of the Australian Government. These horses are a living, vital part of our Nations History.

Heritage Brumbies, managed in the right way are an asset, never a liability to our economy in terms of income and tourism potential. Demand for the Brumby as a riding and companion horse is high yet still the preferred method of management is shooting; what a waste of resources. We want to see allocated land for the protection of the Brumby, fertility control in breeding mares to be introduced and the cessation of indiscriminate, random shooting as a means of control. The Bureau of Land Management in the US points the way forward. The US Government manage over 60.000 wild horses on an annual basis, this includes PZP fertility control of breeding mares and adoption of horses by the public.

How tragic and senseless for this Nation to lose the rich Heritage and History of the Brumby for lack of economic, sensible management and lack of foresight, planning and adequate funding from the Government. Will our history books of the future contain photos of mutilated, slaughtered horses, left to die where they lie ?? Or will they display our Australian Icon, our Heritage Brumby Horse, as a symbol of strength and endurance to be valued and prized by future generations of Australians ?? It is up to us now, to set the standards for the years to come.

The Australian Heritage Brumby has served and died for us in war, has worked our outback stations, mustered our stock, carried our kids to school, yet this ‘feral horse’ is today, repaid in bullets, just nuisance value to be destroyed without thought or care. Read more about similar Brumby organisations in other States.

Shame to the Australian Government who continue to ignore the issue and inflict pain and suffering on these intelligent and beautiful animals.

The public can help by writing their thoughts on this matter to:

Plans of ‘Feral’ Horse Management currently in place in NSW can be obtained from DEC. etc. for reference. Also go to www.abhr.com.au for further information and the Heritage Brumby Horse in Australian showrings.