Cannibal Brumbies ?? Whatever next will they say to to warrant aerial slaughter of our Heritage wild horses

The grim story of the snowy mountains cannibal horses.
We refer to a report by cyclists Don Driscoll and Sam Banks circulating via the cyber waves on September 23rd 2014.

This pair was apparently cycling around Dead Horse Gap, a notorious section known for periodic snow dumps and came across three horses calmly standing near a dead horse; we quote their media report: “Two of the horses had their snouts inside its gaping abdominal cavity, nibbling at what little remained ….” (for the uninformed, horses have noses, and sensitive ones at that, they do not have snouts.)

This is another instance of total lack of knowledge regarding prey animals and a gross attempt to reintroduce the barbaric practice of aerial slaughter in the Alpine region.
Media sensationalism in the extreme.
Horses, like elephants, mourn their dead, they will stand quietly next to a deceased mate and yes, they will sniff the carcass as we kiss farewell to a loved one; they are sentient, highly intelligent animals and feel family loss greatly. There were reported cases in World War 2 that Egyptian soldiers would cut open the intestines of camels and feed their horses the herbivore contents to keep them alive however it is indeed stretching the imagination to believe that horses would actually eat the remains of a family member. It makes a good story, so too, does the possibility of pink elephants stomping around and destroying the flora in the Alpine areas. Maybe bunyips or even aliens have left footprints in the boggy waterholes.
Another quote from our ‘scientific’ cyclists: “The smell of horse dung never left us.
Instead of fresh mountain air, we were accompanied by a smell more commonly associated with horse stables …” Horses are very clean animals, stallions will mark their territory in neat piles in one place, further, the scent of human waste is highly offensive to horses and they will curl their lips in disgust at the odour. They too, prefer ‘fresh mountain air’.

Now to a reality check on the ‘scientific’ data these ‘environmentalists’ quoted in their media report. They conclude that to reduce the numbers trapping does not work and aerial slaughter will. The next quantum leap is to conclude 1.800 – 11.300 wild horses will die of dehydration and starvation over the next 10 years in the park, but omit to say where the carcasses from this year are ?? So far they found one. They then refute their own argument …. ‘trapping does not work and aerial culling will’ by drawing a graph to show how a ‘high trap/no cull’ approach would, in fact, reduce populations to 3,000 in 10 years. The NPWS 2014 wild horse count estimates 6,000 horses in the Park. So it is hard to comprehend such wide ranging, inconsistent ‘scientific’ claims. Some 2000 horses have been trapped and removed and the program is ongoing.
This is a proven management tool and combined with fertility control in suitable areas a long term, balanced, ecological result will eventuate. Mares will not fall pregnant in poor seasons; this is a well documented fact. Natural disasters, i.e., bush fires and normal mortality rates must also be taken into account.

At our New England Brumby Sanctuary we are currently undergoing the first trial of fertility control in wild horses ever to be tested in this country. Application and research is being undertaken by qualified vets. The program is cost effective. Preliminary reports will be available in 2015. Fertility control use and research is ongoing overseas and is the way to the future. More needs to be done in this area and money allocated for such purpose. Far better than spending thousands of tax payers’ dollars on helicopters and bullets, a short term, cruel, inhumane and ineffective fix. Slaughtered horses, left to die where they lie would be a breeding ground for feral pigs, wild dogs etc.
Not to mention the distress to bush walkers and certainly not a good impression for tourists and overseas visitors. It is not possible to cleanly shoot an animal from a helicopter, much less in rugged mountain terrain. This has been well proven, i.e. the helicopter slaughter of horses in Guy Fawkes River National Park.

Whether wild horses cause damage or not avoids the key issue. Any species, especially humans, can cause damage, the snow fields in summer is a prime example.Management must identify what population levels ecology can sustain, without losing resilience or the ability to bounce back from transitory impacts. Identify the damage source, be it humans, horses, pigs, goats, deer or native wombats and manage the species levels in the most humane way. Our world is constantly evolving, climate change, plant species that adapt to a changing environment all play a role. The wild horses of the Alpine region are our Heritage, our past and future, they deserve our protection and are part of our Nation’s history, the Australian Brumby is renowned the world over yet zealots still demand blood in the name of conservation, plants don’t bleed, horses do. 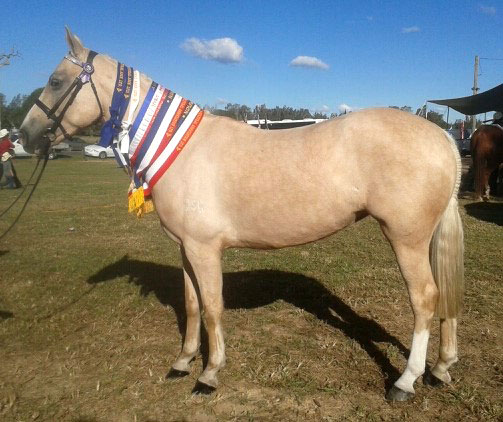 A survivor … not a slaughtered carcass.

Donations are greatly appreciated to assist our work, we are all volunteers and have no funding from any source.